3 Reasons Why Political Parties are Unfixable 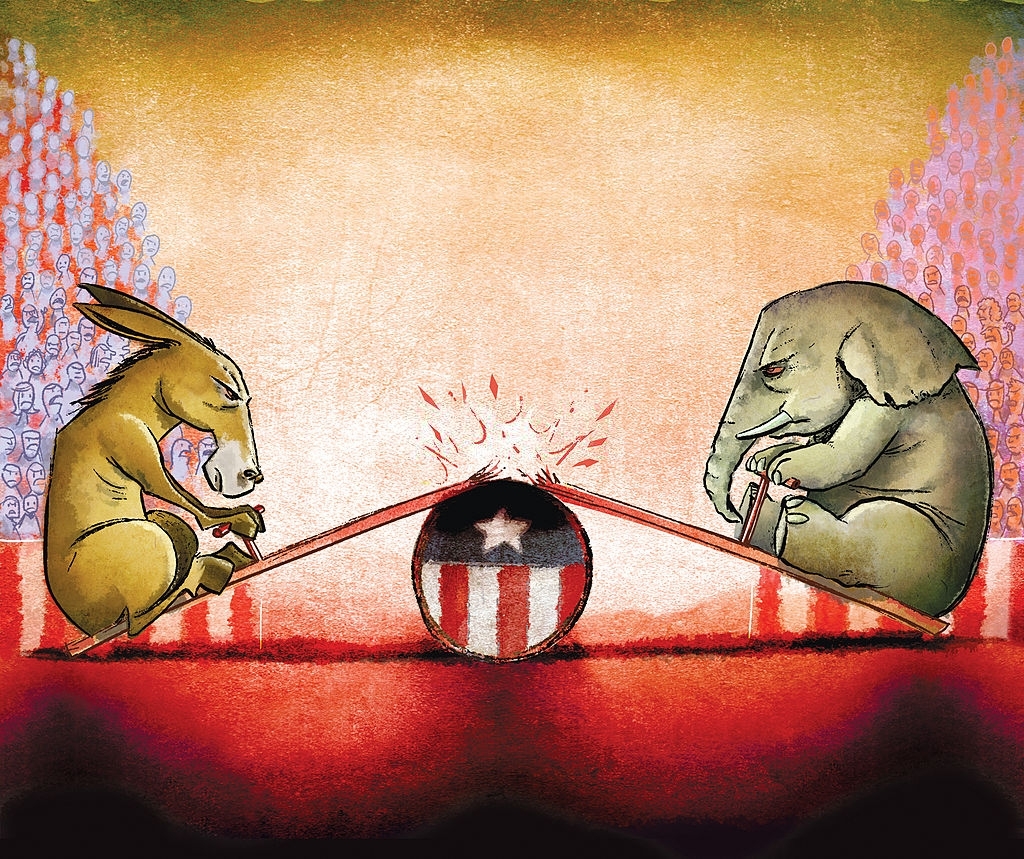 Ever notice how after every election we get bombarded by TV pundits talk about “healing” or “fixing” political parties?  In seems like, win or lose, each side is said to be in need of serious help, lest they lose every election from now till eternity.

The winner usually has to “heal” from a tough primary season where all the different factions of the party were attacking each other.  Meanwhile, the loser, must “fix” their “broken ideology” because since their approach didn’t work this time, then obviously their party must be in tatters.

However, there are three stark realities that not only prevent any of these repairs from taking place but also go to show that, as far as the parties are concerned, these aren’t bugs in the system but rather deliberate features put there by design.

Regardless of the names of the people in charge, the mindset of party leadership remains unchanging. Specifically, as it relates to their two main priorities, money and electability.

Money is everything to the two big parties.  Without it, they can’t campaign, thus diminishing their representation in government and ultimately their power.  The vast majority of this money (78% in the 2020 election cycle) comes from special interests and corporations.  So, anyone who is put in charge of a political party has as a main feature of their job description, keeping those large donors happy.

On top of that, leadership is there to make sure that the party stays electable (more on that below). However, since neither party has had a significant loss (more than 7.5%) in the popular vote since 1996 that part of the job is already done.

Thus, while pundits are screaming for the GOP to dump Trump ASAP, the fact remains that his ideas brought in TONS of money and won a record number of votes in 2020.  Add on top of it the reality that the type of people that get chosen to run these parties are long-time party loyalists specifically put in their positions in order to continue the status quo.  Put all that together and you can understand why, despite how much they hated him in 2015, Republican leadership is reluctant to abandon him now.

In the end, the idea of fundamental change coming from the top is unlikely.  However, that doesn’t mean it’s likely to come from any other part of the party either…

Ideologues are kept at a Distance

Most of the “healing” talk after elections comes from the party’s different ideological factions campaigning against each other in the primaries.  In 2020, this was particularly evident as Alexandria Ocasio Cortez (D-NY) famously asked why she was even in the same party as Joe Biden.  This is a good question with a surprisingly straight forward answer.  It’s because they both benefit from being in the same party.

Ideological candidates benefit by get the big party support they need to win an election.  Meanwhile, the parties themselves get to woo ideological voters while also testing the popularity of different platforms heading into the general election.

Ideological voting blocs can quickly become serious threats to their mother party as the DNC learned from the progressives over the last two elections.  Without fielding candidates who can keep those voters engaged, the parties run the risk of either losing votes to independent parties or from people not voting at all.

Moreover, ideological candidates are useful to the parties because they can be used to test which policies resonate with the general public during primaries.  In 2019 Beto O’Rourke campaigned hard for banning assault rifles, which proved to be unpopular with voters and thus was not incorporated into the general campaign.  However, Bernie Sanders’ promise to eliminate student debt became a central tenant of Biden’s campaign and drove youth voters in huge numbers.

However, regardless of their utility to the party, ideological party members are hardly ever given major support for high offices and certainly not for party leadership. Thus, despite being so popular with voters, ideologues in practice don’t have much say in the direction of the party and the only real “healing” that needs to take place after the primaries are the bruised egos of the ideologues after they get run over by their party masters.

The Goal is to be Mainstream, not Ideological

After the election, there’s almost always talk about the loser’s party having a “broken” or “outdated” ideology that will keep them from being competitive in the future.  However, these pronouncements overlook the fact that presidential elections are not about ideology at all.  They’re about saying the things that appeal to the largest numbers of people.  I.e. being mainstream.

Presidential elections are usually won or lost by margins of a few percentage points.  Because of that, it’s nearly always the case that voters in the middle end up casting the deciding votes.  Likewise, these people generally don’t care about ideology. They’re more worried about what each candidate can do for them.  Thus, the real challenge for parties is to figure what issues are most popular and which solutions people want.

It’s also the case that the policies that appeal to those undecided voters are typically very attractive to large swaths of the electorate, on both sides.  While the hard-core conservatives didn’t approve of Biden’s promise to end student debt, a lot of 2016 Trump voters found it attractive and went for Biden in 2020.  In the end, it’s things like that that win elections, not pandering to an ideological base that’s already going to vote for you anyway.

Thus, the losing party never has a “bad” ideology, they just didn’t do a good enough job of being mainstream.  But win or lose, it doesn’t really matter because the goal of both parties isn’t to win as much as it is to stay relevant…

The current party setup is good for both sides and, despite seeming dysfunctional, actually serves their mutual need to stay in power.

As it stands, their only real competition is each other.  The constraints of their donors and their need to appeal to the masses means that neither side pushes the other particularly hard.  So, with their ideologies and actions staying within a pretty narrow range, all they need to do is keep things ticking over to the next election cycle.

As long as neither side gets too strong and competing parties are held at bay, then everything works out fine.  Both sides share power in a way that can go on for a very long time.  However, should one side get too big or should ideological voters be allowed to form competing parties then the future becomes very uncertain, something the party leadership seeks to avoid at all costs.

So, not only is nothing wrong with either party, everything you see is all by design.  No matter how “in shambles” the Republicans look after 2020, or how much “healing” the Democrats seem to need after the primaries, neither of them are going to change anything fundamental about the way they operate because they don’t need to.  It really is a case of “if it ain’t broke, don’t fix it”.

Is the current relationship between the two parties a good or bad thing for the country?