The Reason why Congress is Allowed to Not Care 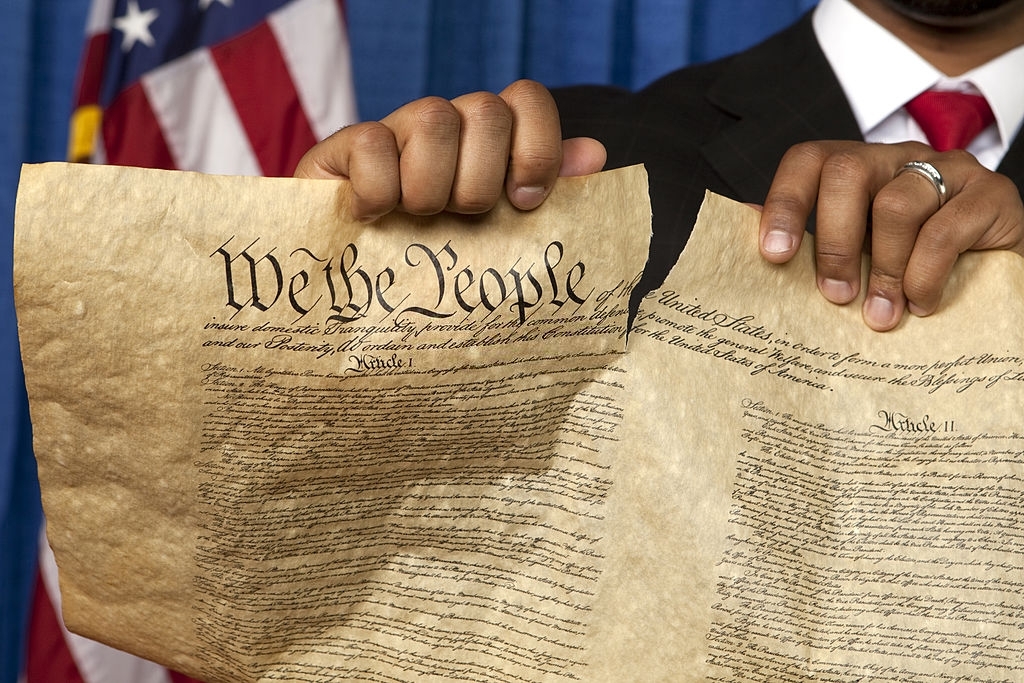 This whole GameStop debacle seems to have left everyone asking the same question.  How is it possible that something so blatantly wrong is being allowed to happen in America?

At a time when so many people are struggling and Congress has been completely unwilling to help, a few folks found a way to get a penny back from the same group of people that had been taking everything in America for decades, bankers.

Then, just when the entire world was cheering them on, the financial industry blatantly and illegally tried to shut the whole thing down and the politicians have been largely silent. From party leaders, nothing.  The President, meanwhile, sent word through his secretary that he’s paying attention.

The whole thing has made a complete mockery of the entire country and the politicians couldn’t seem to be more indifferent to it.  Indeed, they appear to be more concerned with impeaching a former president than dealing with any of the million problems currently facing the country.

The reason behind both their indifference and Americans’ shock is simple, accountability.  Or rather, a lack of accountability on their part to the American people and on the part of the financial industry to anyone.

People are shocked by the week’s events not so much because of the actions of the brokerages, but because they know nothing is going to be done about it.  Specifically, they’re shocked that the political class in this country are not holding the financial industry accountable for their actions.

America has a deep culture of accountability and, in the past, politicians would at least pretend to hold people accountable, even if they knew nothing would come of it in the end.

Indeed, one of the reasons why the country has thrived so much is because everyone is accountable to someone.  A person is accountable to their boss and a company to the law.  This has instilled a sense of trust in people that, no matter what happens, there will always be someone with the authority to fix the problem.

However, problems created by politicians and the financial industry are almost never fixed because those two groups are unable to be held accountable for their actions.

In theory politicians answer to their constituents.  In practice, they don’t.

In practice, politicians know two things to be true.  First, that most people don’t elect individuals to Congress, they just pick the person that represents their party.  And second, as long as the party likes them they won’t get primaried.

So, once they win their seat, their only job is to be loyal to the party and hope that their constituents don’t all switch sides the next time around.

As long as that happens, they’re almost guaranteed the seat for as long as they want it, and the numbers back that up.  On average, between 1990 and 2018 87.3% of incumbent senators and 93.5% of incumbent representatives won reelection.

Thus, since they know that the people will elect them almost no matter what, their accountability shifts from their constituents to their party.  It's the party that truly decides if they stay in power. The party are the ones that can decide to pull support and run another candidate against them in primary elections.

However, keeping the party happy is simple, just bring in money.  Money makes the whole thing go round.  It ensures the party’s competitiveness in elections which thus provides it with the kind of power that makes people willing to give it money in the first place. No money, no power.  No power, no money.

However, as we all know, nothing is free in this world, especially political contributions.  So, the parties, and in turn their politicians, are made to be accountable to their donors, which in many cases come from the financial industry.

If you want to bet on success, the financial industry is the closest thing to a sure thing that exists in this world.  It controls the world’s money, heavily influences its economy, and has bought the entire American political system.  It is also, without a doubt, accountable to no one.

Technically, financial firms have to abide by the law.  However, if a system exists where the people who make the laws must keep you, their biggest donor, happy in order to stay in power, then the law essentially says what you want it to say.

Thus, as part of their “cost of doing business”, financial firms donate heavily to both parties and in turn those parties bend over backwards to give them their money’s worth. From deregulation, to not prosecuting financial crimes, to picking up the tab when their gambles don’t pay off, financial firms have the country gripped tighter than Charlie M’s henchman.

This wasn’t always the case, but, over the years, American culture has changed in the way it views financial firms.

The financial industry is not held accountable for their actions because people have stopped expecting them to be.  The aftermath of the 2008 financial crisis, the fact that no one went to jail, the fact that the government doubled the national debt to pay for bankers’ mistakes, plus the whole “too big to fail” language, made it clear to everyone in America that this particular industry would get whatever it wants, regardless of the consequences.

The Dodd-Frank Act in 2010, touted as the most comprehensive banking regulatory act since the Depression, did almost nothing to change that sentiment.  Indeed, it was viewed as merely window dressing to make it seem like something was being done.

That sentiment was quickly validated when, in 2018, Congress exempted dozens of US banks from the act.  At that point it was obvious that the government lacked even a superficial ability to regulate the industry.

It’s to the point where the idea of a bipartisan effort to reign in the banks sounds about as likely as having Bigfoot over for tea.

What's more, the financial firms know it, which is why they have no problem being ever more brazen with the kinds of things they can get away with.  The politicians know it as well which is why they’ve largely stopped even superficial condemnation of the industry.

However, this type of behavior ultimately has consequences.

How does it End?

As people stop applying any expectation for accountability to the financial industry or their politicians, they will continue to get ignored. Conversely, those parties will be emboldened to continue pushing the limit of permissible behavior.

Whether the whole thing has a happy or a sad ending is a matter of perspective.  But what will eventually happen, be it in 5 months or 5 decades, is that something will trigger a huge public backlash.  It could be something small like what happened in Chile, or something massive like another Depression.

Either way, in order for any change to be made to the current system, there first must be a change to the culture that currently demands nothing in the way of accountability from its politicians or its bankers.

It will likely be very messy, and who knows what we’ll get at the end of it, but the good news (if you're an optimist) is that the direction that the country’s politics and financial industry is headed is completely unsustainable and will surely change within our lifetimes.

How do you think it will all end?