How The Media Shot Themselves in the Foot by Censoring Trump 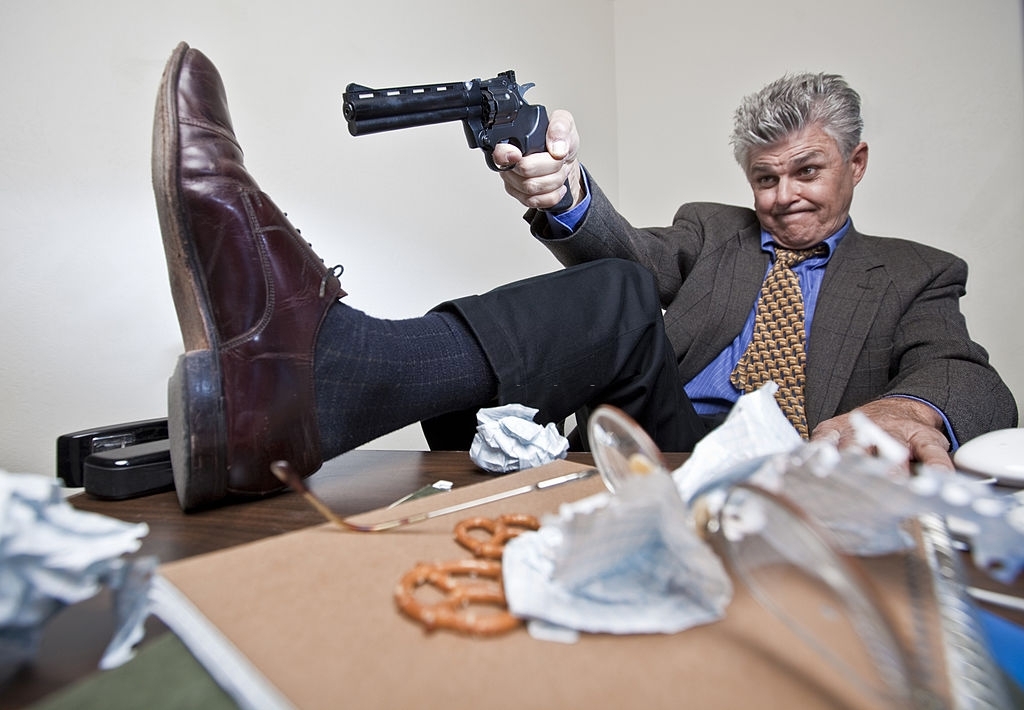 Mass Media and Everyday Citizens are locked in a death spiral over the issue of misinformation. On the one hand, misinformation has the possibility to seriously hinder our ability to have a functioning society. Yet on the other, the decision by media outlets and tech companies to actively censor, and label as false, anything they deem to be untrue or dangerous may be doing more harm than good.  Indeed, in their efforts to curb the spread of misinformation, these entities are in fact making citizens more susceptible to it.

Although misinformation has been around forever, it wasn’t until the rise of the internet that the issue became an existential threat to society.

With access to more information than ever before people got to see for the first time the full extent of the lies and hypocrisy that seemingly riddled all of their public institutions. The resulting loss of trust encouraged many to seek out alternative sources of information, from individual bloggers to entire new media companies, sometimes sponsored by foreign governments, but always with an agenda to push.

These new media outlets combined with social media platforms to create an environment where sophisticated misinformation could spread in away that was once impossible.  The results were instant and worldwide: violent protests, seriously warped political landscapes, and a general degradation of society’s ability to productively continue public life.

This all culminated in the 2020 election and its aftermath where Donald Trump was adjudged to be disseminating misinformation that was causing huge swaths of the population to lose trust in the electoral process and indeed the very institution of government.

In response, the decision was made, for better or worse, to start heavily censoring misinformation. From Facebook purging thousands of conspiracy accounts, to AWS deplatforming alternative sites, all the way up to Twitter permanently banning a sitting president while news outlets refused to show his speeches.  The decision was made that people shouldn’t be allowed to decide if something is true. Instead, the decision will now be made for them because they were deemed to be too stupid to figure out the truth on their own.

People are Dumb Though

Say what you want about the morality of this new censorship, but the reasoning behind it is sound. The general public is more gullible than most 2-year-olds and will believe almost any story they hear if it’s sold well.

They believed Bill Clinton about Lewinsky.  Many of them are convinced the Earth is actually flat.  And the Iraq War (more on that later) showed that they would be willing to invade another country based on even the flimsiest evidence.  Moreover, Iraq showed that not only can you sell outrageous lies to the American people, but after you get caught red-handed, they’ll still buy the new lies you sell to cover your tracks.

So, who better to know how easily the public will fall for bad info than the people who have been selling it for decades?  However, in their quest to rid the world of lies that don’t serve the “national interest” they may be committing a serious error and actually exacerbating the problem.

“Don’t tell me what to think!”

Deciding what people can and can’t see or telling them how they should think is to deny them intellectual sovereignty.  People do it all the time with their kids, especially when it comes to television or dinner routines.  If they don’t realize that you’re doing it then it’s no worries.  But if they do, even with a toddler, then you run the risk of losing credibility.

This is particularly problematic when you scale it up to the level of a society.  In the case of the United States, the American way has always been to demonize those who wish to tell you what to think.  It’s runs against all the country’s alleged values and something that we’re told only happens in nightmarish dictatorships.

Thus, when the government/media have historically wanted everyone to think a certain way, they typically present information in a manner that lets the individual connect the dots themselves and make up their own mind.

For example, in the lead up to the Iraq War, the people were presented with facts (later completely debunked) that Saddam was buying aluminum tubes and yellow cake.  No more information was provided about what these items are actually used for.  The public was just left to connect the dots and deduce that Iraq was in the process of making ICBMs.

Never mind that it was all lies.  As far as the average guy on the street was concerned, one of America’s enemies was on the path to nuclear proliferation.  No one had to tell them it was bad or that it justified war, everyone already knew.

In fact, people were so incensed that the majority of the country was begging the Army to invade in order to protect the world.  They didn’t realize they were being guided into their opinions and so they largely didn’t question the source.

However, as effective as the old model of guiding opinions is, media and tech outlets have largely abandoned it and, in doing so, might actually be acting against their own goals.

In the case of Trump (or anyone deemed to be peddling falsehoods) the goal of censorship is, ostensibly, to protect his followers from the effects of the misinformation he disseminates.  However, in the eyes of said followers, it’s not the media’s job to say if Trump is lying or not.  Rather, their only responsibility is to report facts and, for better or worse, let everyone make up their own mind.

Moreover, the average Trump supporter already has a deep disdain for the media precisely because of issues like the Iraq War.  So, in their eyes, if the enemy (the media) is censoring Trump, then that is the biggest possible vindication of everything he's said.

In this light, censorship has achieved two things.  First, it has increased Trump’s credibility and thus the ease with which his misinformation will be believed.  Second, it drives people further away from traditional media and makes them even more likely to seek out non-official sources.  In this scenario, the misinformation problem not only doesn't get better but in fact gets much worse.

So, while people who already hated Trump are cheering the push to censor him, those who listened to him not only find him significantly more credible, but also find the ones doing the censoring to be completely untrustworthy.  The same can be said not just about Trump supporters, but about anyone who has seen their source of misinformation cut off.

It’s a vicious cycle that is quickly becoming a death spiral in a situation where the ability to have a functional society is on the line.

So, the question is…

The answer depends on where you live.  Many modern nations have nearly eliminated misinformation, or at least unofficial misinformation.

In China, for example, media has been tightly controlled since before the advent of television.  A massive web of technology continually scrubs the internet of anything deemed to be against the interests of society and the threat from non-official misinformation is about the same as it was in the pre-internet era.

However, the citizens of China also haven't had any expectation of a free press for several generations. In that country, you’re told what to do, and what to think and everything works out fine.

However, in the United States, where the powers that be have never historically adopted such an adversarial style to unapproved misinformation, the effect is likely that the problem will only continue to be exacerbated.

The country is at a crossroads.  The media and tech companies have chosen their route.  It’s likely that, in time, people will grow accustomed to it.  However, that might be too long for our public institutions and thus our society to hold out.

Do you think that censoring misinformation is the best way to handle it?