Is Ron DeSantis the favorite to replace Trump in GOP? 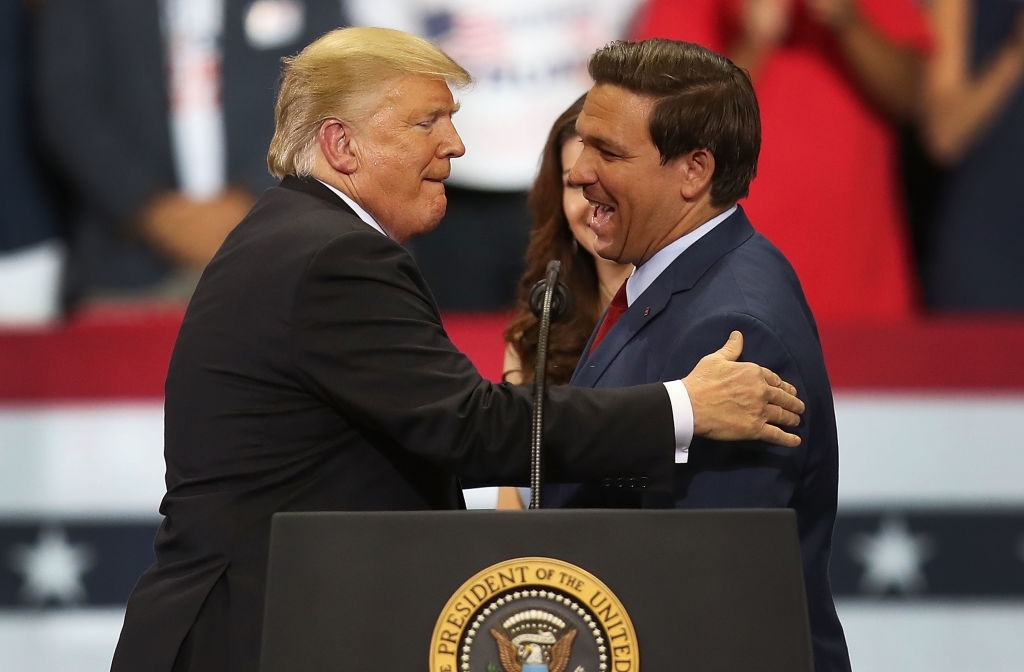 (Photo by Joe Raedle/Getty Images)
SUBSCRIBE TO OUR
NEWSLETTER

Florida Gov. Ron DeSantis (R) has seen his star rise over the past year as Republicans look to him as a potential successor to former President Trump.

DeSantis’s profile grew early on after he took his cue from Trump by not shutting down his state in response to the coronavirus pandemic. Though Florida has suffered heavy losses from the pandemic, the governor’s approach earned him broad support from conservatives.

Since then, DeSantis has only grown more popular among the Republican Party’s grassroots, with some already pushing for him to be the 2024 presidential nominee.

“What’s so appealing about Ron is very simple: He is the most influential and important person in the state that is the Republican Party center of the universe right now,” said Florida-based Republican strategist Ford O’Connell.

DeSantis’s growing support was on full view at the recent Conservative Political Action Conference (CPAC), which was held in his home state. The governor delivered the opening remarks from the stage in Orlando and later emerged as the top potential 2024 candidate behind Trump in a straw poll conducted among the event’s attendees.

The decision to hold the annual conservative gathering in the Sunshine State was directly tied to DeSantis’s handling of the pandemic. Unlike other states that imposed statewide shutdowns in response to the coronavirus, DeSantis has kept Florida relatively open, leaving many decisions on shutdowns and mandates to the counties.

“If you know anything about Florida, you know that we are always made fun of — ‘Florida man, Florida woman,’” said Charles Hart, the chairman of the Orange County Republican Party. “We’re not ‘Florida man,’ ‘Florida woman’ anymore; we’re the free state of Florida now.”

Despite Republican praise heaped upon DeSantis, the pandemic has hit the state hard. Over the past week, it has been among the states with the highest number of new daily cases per 100,000 people, according to the Centers for Disease Control and Prevention. Around 31,000 deaths have been recorded in the state since the start of the pandemic, according to Johns Hopkins University data, and Florida’s COVID-19 trends overall have been comparable to California, a state that took a different approach toward the virus but that has also seen a high number of positive cases and deaths.

Still, the governor has been quick to tout his administration’s handling of the pandemic by emphasizing the state’s tourism-driven economy.

“If you are working hard to earn a living, we got your back in the state of Florida,” DeSantis said during a state of the state address on Tuesday.

The governor during his speech also boasted of the vaccine rollout process, particularly among the state’s large elderly population.

“We are prioritizing our senior citizens for vaccinations,” DeSantis said. “Florida is putting seniors first because it is the best strategy to save lives and is the best way to honor our elders from whom we draw inspiration.”

But DeSantis has also faced blowback for his handling of the vaccine distribution. Critics have accused the governor of favoring more affluent communities linked to his donors when setting up vaccination sites.

Florida’s agriculture commissioner, Nikki Fried (D), called for a congressional investigation into the state’s vaccine distribution under DeSantis on Monday. That move came after a similar call from Rep. Charlie Crist (D-Fla.), a former GOP governor-turned-Democrat. Fried and Crist are said to be mulling potential bids against DeSantis, who is eligible to run for reelection in 2022. However, DeSantis has not made an official announcement yet.

Critics have also hit DeSantis for coming out against President Biden’s $1.9 trillion federal stimulus package. The governor has argued it would punish states with lower unemployment rates, like Florida, by not allotting as much money.

“There’s going to be a big question that he’s going to have to answer on the campaign trail. … When Floridians needed help the most, he wanted to politicize and pick fights with the White House,” said Florida-based Democratic strategist Christian Ulvert.

The governor’s supporters say much of the criticism against him during the pandemic originated at a time when Democratic governors, including New York Gov. Andrew Cuomo, were being lauded. Now, some of those high-profile governors — including Cuomo and California Gov. Gavin Newsom (D) — are under fire for their handling of the public health crisis.

Democrats in Florida acknowledge they face an uphill climb in challenging DeSantis in 2022. The Florida Democratic Party is struggling to regroup as it grapples with a mountain of debt following a disappointing general election in which Republicans made sweeping gains up and down the ballot.

But the party says it’s optimistic about the number of potential contenders thought to be considering a challenge against DeSantis.

“You’re going to have a pretty healthy pool of folks looking at it,” Ulvert said. “I’m a believer that if we as Democrats stay mission-focused, which is, the opponent is Ron DeSantis, a primary might not be a bad thing. It could galvanize and energize a base vote that needs to be energized.”

A reelection win in 2022 could certainly boost DeSantis going into a possible 2024 presidential bid. Also advantageous would be his hailing from a state that holds considerable sway in Republican Party politics, especially now that Trump has relocated there after leaving the White House.

The former president remains the key variable as Republicans consider who will be their next nominee for the White House. Trump teased a possible 2024 run during his CPAC speech on Sunday, though he has not said definitively whether he will mount another presidential bid.

“To be frank, if the president decided to run, I think there is no doubt he would end up being our party’s nominee,” said Christian Ziegler, the vice chairman of the Florida Republican Party.

Speculation has swirled around other potential candidates as well, including Florida Sens. Rick Scott (R) and Marco Rubio (R) and South Dakota Gov. Kristi Noem (R), who came in behind DeSantis in the CPAC straw poll.

But if Trump is taken out of the equation, DeSantis seems to be the clear front-runner, one who has energized the grassroots more than any other Republican.

“Those of us who are politicos in Florida can’t believe how long people have slept on Ron DeSantis at the national level,” said Shawn Frost, a Florida-based consultant.

Who would DeSantis's biggest competitors be in the GOP? 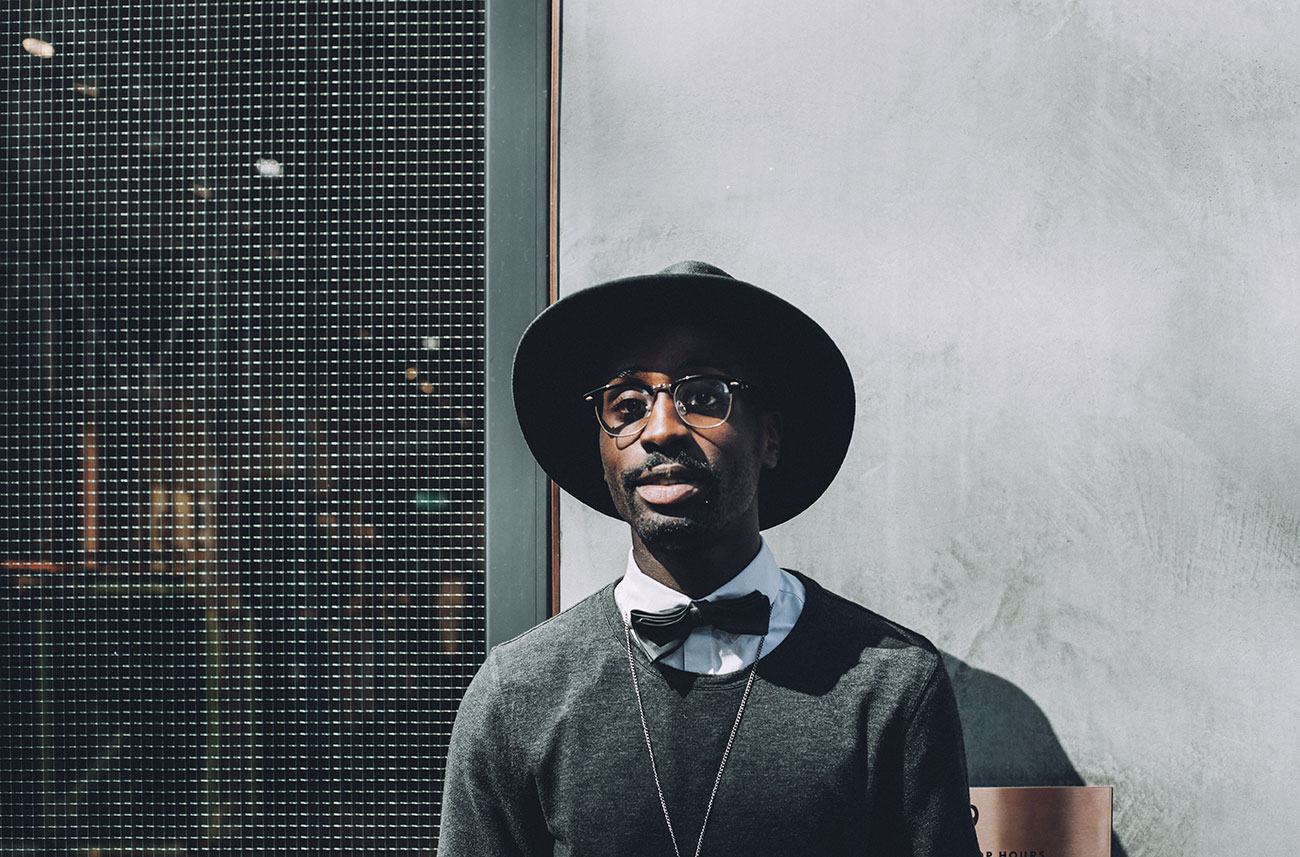