Why are Some People Liberal and Others Conservative? 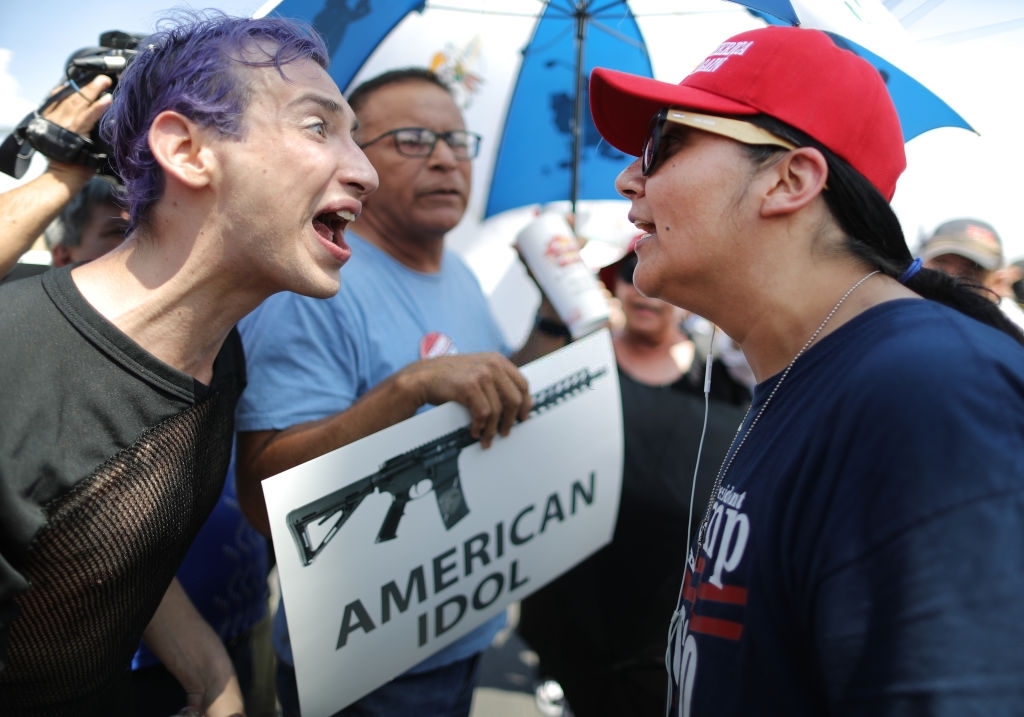 Ever Think About Why You Have The Political Orientation That You Do?

Most people assume it’s because when they heard their side’s argument, it sounded good and that was that.  But that begs the question, “Why did it sound good to them and not to everyone?”.

Popular wisdom says it’s because someone with a different ideology has a mental defect.  Conservatives think people on the Left are stupid and naïve.  Meanwhile, the Left says Conservatives are uncaring and selfish.

However, that way of thinking doesn’t really appreciate what an ideology is and how people come to adopt one.

When you look closely, an ideology’s appeal to someone has just as much to do with chance as anything else.  Moreover, because of that fact, it is impossible to make meaningful connections about a person’s morals, values, or intelligence based on their politics.

First, Ideologies are Not Objective, they are a Worldview.

No political ideology holds some higher truth about how government can best function.  They are an opinion over how a government should function. Those opinions reflect the worldview of the person holding them.  That worldview is influenced by countless things that come together over the person’s life.

This is why two people can look at the same ideology and have such wildly different views of it.

So, what things influence worldview and thus, political orientation?

Common Variables with Proven Influence on Political Orientation include:

It’s important to note that, until at least adolescence, none of these factors are within our control.  It’s only then that we gain the self-awareness and independence we need to start straying from our original worldview.

However, even then, all the new information we gain is filtered through our current worldview.  It’s not possible to analyze anything in a truly objective way.

Thus, some of the most reliable influences of a person’s politics come from pure chance.

Growing up, you don’t have much say on the foods you eat.  Your genetics, parents, and location/culture pretty much dictate what foods you like.

But when you’re older you start discovering new foods.  Your palate gets more refined and can taste subtler flavors.  Also, you have experiences, like a certain food making you sick, that changes the way you view these foods.

However, your palate will always be heavily influenced by your childhood.  If you didn’t grow up eating fermented fish or Vegemite, you’ll probably never like it.

Politics is similar in that you are born with a political palate.  If you didn’t grow up with communism, it’s understandable if you never adopt it.

Imagine a Communist from China and a Republican from Alabama.

Growing up they were average kids.  Both just wanted to fit in with friends and do well by their parents.  Neither one seriously questioned what they were told about their ideologies. Why would they?  Those ideologies had transformed their society into the most prosperous in the world, as far as they could tell.

Outside ideologies seemed like a dangerous threat to the life they had.  Besides, there wasn’t much to be gained by going against the grain. So, they took pride in their respective ideologies and defended them from criticism.

Given the life experiences they had, it’s hard to say that either one made a wrong decision.  It’s even harder to say which one is a good person based on their political ideology.

Even if the Republican had grown up to be a Communist, who knows what the dominant factor would have been in that decision.  Perhaps he was a contrarian and liked telling people he was a Communist because it made him seem different.

Regardless, conformist or contrarian, neither has anything to do with a person’s intelligence or morality.

People shouldn’t be Judged Harshly based on Their Politics.

There are a million things that influence what sounds good to us politically.  Many of them are things we have no real choice in.  Thus, while you might be able to tell a lot about someone based on their political ideology, those traits don’t necessarily mean they’re naïve or selfish.

It’s like assuming a person doesn’t shower just because they eat something you think is disgusting.  One doesn’t necessarily mean the other.

So, instead of wondering why someone else believes what they do, perhaps it’s worthwhile to look within and ask, “Why does my ideology sound good to me?”

Do You Think Ideology is a Reason Not to Speak to Someone?