Why Democracy is Killing America 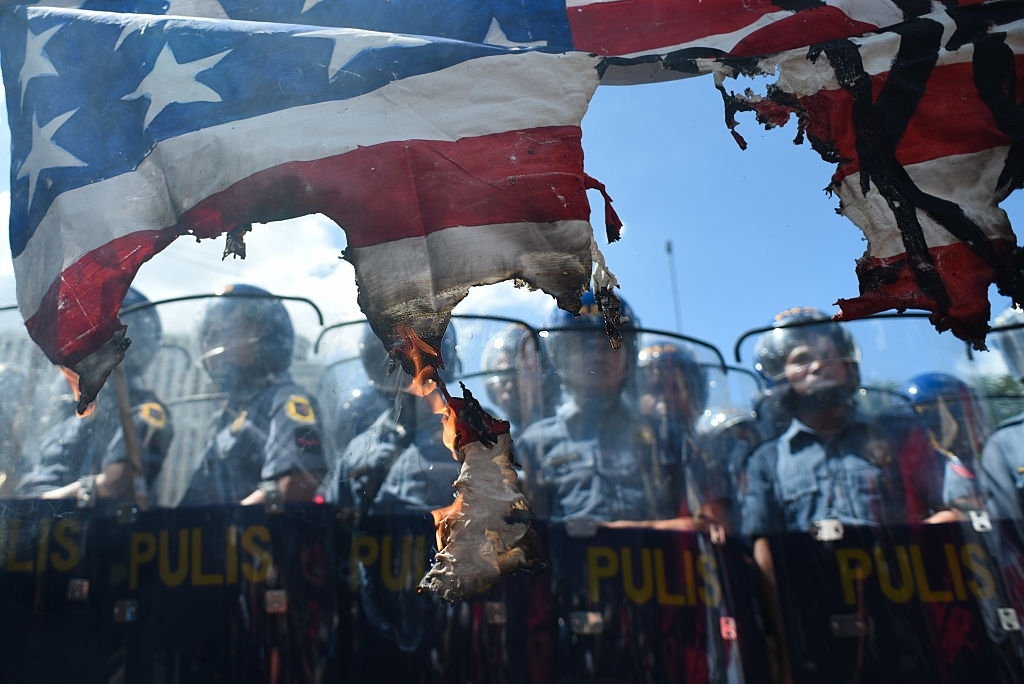 Rather, they’re only as stable as their alternatives.  Typically, a government that allows its country to stagnate relative to others is replaced. If they do better than the competition they tend to remain in power.  Thus, keeping a country efficient and avoiding stagnation are existential problems for any government.

Systems of government are no different.  If one produces stagnant results compared to another, it creates instability and will eventually be replaced.  A look at history will show that feudalism gave way to centralized monarchies which, in turn, got replaced by liberal democracies – each one being succeeded by something more efficient.

That efficiency can be boiled down to two things, an innovative population and good leadership.  The more of both you can create, the more prosperous and powerful your nation becomes.

Thus, for the past two centuries, democracy has been in competition with dictatorships for the title of most efficient.  Yet, while democracy has historically had the advantage, that all seems to be changing thanks to technology.

The major advantage dictatorships have is in leadership.  Dictators, with some exceptions, tend to arrive at their positions because they are competent leaders and managers (it takes a lot to plan a coup or woo a central committee).  Once in power, they have very little obstructing them from executing long-term plans (and people) and their countries often benefit initially from their unobstructed push to achieve a grand vision.

However, those visions are seldom realized because of unimaginative repressed societies.

A dictator cannot tolerate dissent.  Otherwise it’s just a matter of time until they lose their position.  So, they typically restrict free speech and curtail individual agency (a person’s ability to choose their own destiny).  The problem though, is that a lack of free expression keeps ideas from flowing and a lack of individual agency removes incentives to innovate.  Thus, the nation's economy and society become unimaginative and quickly fall far behind those of other nations.

In the end, even the government suffers because, after a generation, the new people coming into its ranks are unable to think outside the box.  Thus, what was once good decision making becomes bad, and the dictatorship is offering nothing to the nation other than bad decisions implemented quickly.

Eventually, stagnation catches up, the nation becomes unstable, and it either replaces one dictatorship with another (thus repeating the process) or with a democracy, in which case it falls victim to a whole other can of worms.

Democracies have the opposite problem of dictatorships.  With free expression and (nearly) unlimited agency written into their constitutions, most democracies have lively societies and innovative economies.  Thus, their issue isn’t rot at the bottom but rather at the top.

The biggest issue in any democracy is poor leadership.  Letting everyone vote means that you’re stuck with whoever has the most appeal, regardless of how competent they are.  Indeed, a lot of very competent people never even get close to power because they’re not deemed to be “electable”.

Meanwhile if someone competent does get in office, they are usually paralyzed by partisanship.  The institution of political parties has proven time and again to devolve into a state where decisions are not being made for the good of the country but rather for that of the party.  It creates a gridlock that often keeps the best ideas off the table in favor of compromises that please no one but the party bosses.

This partisanship, combined with term limits, makes for short-sighted policy.  After all, in a democracy nothing is certain past the next election and previous work is often reversed.  The result is poor, reactionary decision making and an inability to plan for the long term.

Indeed, the only saving grace of a democracy is that the unelected career bureaucrats that actually run the country day-to-day come from an imaginative, innovative culture and therefore help to mask the defects of its leadership.  Thus, democracies remain viable for longer, and are, by default, the best available option.

However, were there to be an alternative which offered both an innovative society along with streamlined, competent leadership, the institution of democracy would be in real trouble.

China is the Future

China reaps all the benefits of a dictatorship without having to sacrifice the imagination of its society.  Rather than true repression of speech and agency, the Chinese have made a deal with their citizens, follow the rules and be heavily rewarded.

Technology has allowed the Chinese to implement the Social Credit System.  Essentially, as with consumer credit, citizens get scores based on how well they adhere to regulations.  Those with a good score get perks like cheap loans and discounted energy bills. Meanwhile, a bad score can mean lower internet speeds, or even restrictions on travel.

The general tone from the Chinese government is one of encouragement.  It wants its citizens to pursue the life they desire and apply themselves to achieving it.  The government also knows that the more freely ideas can flow, the better.  There’s even a provision that allows elite members of society to criticize the government, thus keeping internal ideas fresh as well.

The results of all this speak for themselves.  China is now at the forefront of innovation in nearly every industry imaginable.  The country is run according to a series of five-year plans which have allowed the government to support investment and development in ways that partisan democracies can only dream about.  Meanwhile, its citizens are nearly guaranteed an exponential increase in their standard of living for the foreseeable future.

In all, the Chinese system of government is extremely efficient at creating prosperity and avoiding stagnation and it's only a matter of time until more nations implement something similar.

So, by comparison, what chance does a country like America have?

How Democracy can Survive

As it stands, the United States will continue to sink further into irrelevance and stagnation without political stability.  Decades of hyper-partisanship mixed with reactionary, opportunistic, decision making have brought the nation to its knees and made both its politics and its society a powder keg.  In order to avoid the worst results, the country needs to pick a direction, any direction, and stick to it for a while.

As Joe Biden takes office, the best thing that any American, regardless of political affiliation can hope for, is that he gets a Democratic congress for all eight years of his two-term presidency.  Even if people disagree with the path that would take the country, at least it would provide an opportunity for solving some of the nation's problems.

The alternative is to let those problems fester while the country remains locked in its partisan death spiral.  Yet that would only ensure continued stagnation and see the U.S. lose even more relevance on the world stage.  Political upheaval and crisis would likely continue.  At that point, it’s anyone’s guess what type of person steps in to fill the void.  However, desperate populations have historically elected horrible politicians.  Just ask the Germans.

In the end, the only real option for the U.S (and all democracies) for preserving their way of life is unity and a firm direction.  Otherwise, it's pretty clear what the results will be.

Can the U.S. rebound from its current position?