Politics vs Achievement: How The System Picks What’s Important. 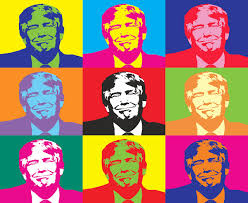 Why is Muhammad Ali Universally Respected but Megan Rapinoe isn’t?

They are similar in a lot of ways.  They both achieved more in their sports than any of their peers.  Both became international icons.  And both spoke loudly for ideals they believed in.

However, society has changed its criteria for awarding respect to public figures.  These days the first question is not “What have you done?” but “Who did you vote for?”.

This is potentially devastating for society.  But it didn’t use to be this way.

Muhammad Ali had a Big Mouth, but People Respected Him.

Way more controversial than Rapinoe, Ali was the most famous member of The Nation of Islam.  They’re the ones who preach that white people are the devil.  These days they’re universally considered a hate group.

On top of that, Ali refused to turn up for the draft at a point where national pride was at an all-time high. Needless to say, he was extremely controversial in American society.

Rapinoe is Tame in Comparison

She’s a vocal feminist who hates Trump.  She doesn’t hate him in any special way, nor has she said anything distasteful about men. In fact, her most controversial statement was to refuse a hypothetical invitation to the White House should the US win the World Cup.

Yet, she’s come in for a lot of abuse from conservatives.  The New York Post even called her “Arrogant, abrasive, sanctimonious, whiny, humorless, unpatriotic, self-important and immensely boring…”.

Fifty years ago, America largely saw Ali as an exceptionally gifted, if not controversial, athlete that was entitled to his opinion.  Even if you didn’t agree with his message, you could learn a lot from his character. Now, Rapinoe is seen by half the country as just another leftie.  She’s not someone to be admired.  Rather it’s best to just ignore her.

We Stopped Valuing Achievement as much as Personal Politics.

Society is so polarized that it’s hard to see past someone’s politics.  Indeed, the old saying about bridgebuilders has been repurposed into “You can build 100 bridges and vote for one Republican and you’re not a bridgebuilder, you’re a Republican.”

People think that someone’s political beliefs can tell you what kind of person they are.  The idea is that if you support bad policies, then you’re a bad person and vice versa.  It doesn’t matter if you're just naïve, or ill informed, or even have a different view of what makes a good society.  All that matters is that if you support policies one side considers to be bad, then in their eyes, you’re a bad person.

With celebrities there’s the added pressure of “using your platform wisely”.  While that has some merit, it assumes that the average person is too impressionable to think from themselves.  Rather, they need boxers or soccer players to think for them.

No one applied that logic to Kyrie Irving when he said the Earth was flat.  He was never called “dangerous”or “problematic”, just stupid, and everyone moved on.  They certainly didn’t let it overshadow his basketball career.

However, if he'd said or done something political, it just as easily could have.

Imagine Muhammed Ali at a Trump Rally with a MAGA hat on.

It’s not even a stretch considering he backed Reagan for president and campaigned for conservative Republicans throughout the 80s.

How long would it take for the Huffington Post to start running hit pieces about him?  Articles questioning if all those punches to the head had affected his mental state.  Surely people would call him a race traitor.

Never mind all he achieved in his career or everything he accomplished politically.  He would be a conservative first and Muhammad Ali second.

This Way of Thinking is Bad for Society.

If someone does something great, they should be admired.  They should inspire others to do great things that make society better.  However, if their achievements are overlooked because of who they voted for, then society stagnates.  The next generation doesn't try to follow in their footsteps.

Indeed, if your greatest possible achievement is voting for the right person and your biggest mistake would be voting for the wrong one, then why bother pursuing anything outside of politics?  After all, according to Gallup the most admired people in America are all politicians.

Yet, it's important to remember that politicians don't produce anything for society.  They rarely even contribute original thought to public discourse.  All they really do is say what they need to get into office, and then use the government's resources in politically advantageous ways.

So, what do we gain as a society by admiring these people?  They are a necessary evil.  Meanwhile, people that are doing things which are admirable are ignored for their political views.  It all begs the question, how can we expect to achieve great things if we don’t admire those who do?

Do You Think a Person’s Politics Should Overshadow Their Achievements?