Why Freedom is Overrated and doesn’t get Prioritized 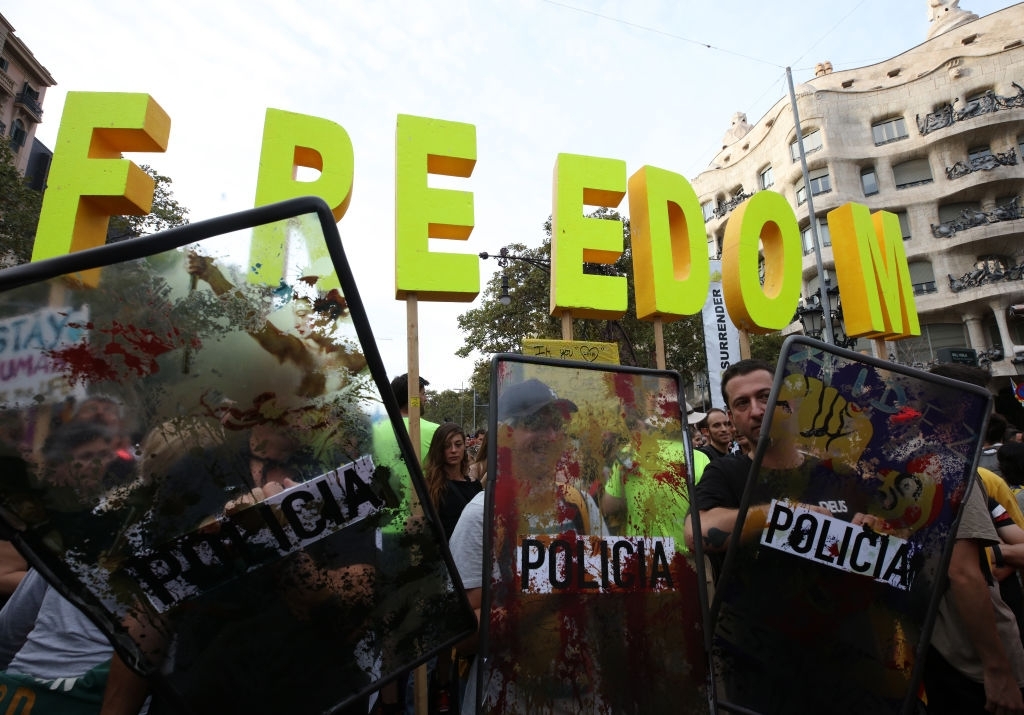 (Photo by Sandra Montanez/Getty Images)
SUBSCRIBE TO OUR
NEWSLETTER

China and Human Rights. Just the phrase alone evokes images of oppression and misery.  Indeed, while the average westerner might not know much about China, one thing they do know is that they’d never want to trade places with a Chinese citizen.

As far as those in the West are concerned, the Chinese lack the most important thing in the world, freedom.  However, despite the constant chatter about freedom, people would move to modern China in a heartbeat if the alternative was living in their own country 200 years in the past.

That’s because, in the end, freedom isn’t as big of a priority as people like to think and it might even be a hindrance to a productive society.

To understand the nature of freedom, it’s important to ask a few questions about its counterpart, oppression.

If someone doesn’t feel oppressed, are they?  And if you think they are, then who are you to tell them so?  While yes, you might have your own standard for what constitutes oppression, it’s not like yours represents some universal objective standard.  As far as we know, God didn’t give Moses criteria for oppression along with the Ten Commandments.

Moreover, what do you say to someone who tells you that you yourself are oppressed?  Some libertarians think that the state denying people the freedom to own nuclear weapons is oppression.  They certainly feel that way about income taxes, seatbelt laws, and The Patriot Act.

Likewise, oppression isn’t exclusively a governmental function.  There are people who would feel oppressed by their own neighbor if that person were to have the freedom to own nukes.  It really is a case of one man’s freedom fighter being another man’s oppressor.

Thus, since oppression itself is subjective, the question becomes, what makes a person feel oppressed?  The answer ultimately comes down to how that person feels about their current level of freedom.

Specifically, people only really feel oppressed if their standard for freedom is higher than the level of freedom they’re currently experiencing.  That standard can be influenced by theoretical notions of freedom or even memories of a time when they themselves were freer.

However, for most of us, we're really only concerned with how our level of freedom compares to other countries in the present moment.  As long as it doesn’t seem that other people can do and say more than them, then we really don’t seem to care about the ideal of freedom itself.  In fact, for as much as people talk about it, freedom falls pretty low on their list of priorities.

Growing up in the West you are constantly beaten over the head with the concept of freedom.  It’s an undertone in movies, speeches, songs; pretty much any time you interact with mass media there are reminders of freedom being the noblest ideal in the world and worthy of every possible sacrifice...blah, blah, blah.

In reality, as long as the bare minimum of not feeling more oppressed than our neighbor is fulfilled, freedom tends to sit pretty low on our list of priorities.  Money, opportunity, even convenience all outrank it.

Some people are even willing to accept less freedom than their neighbors in return for those things. In places like Singapore, Taiwan, and South Korea citizens happily talk about how surrendering some of their freedom of expression was worth it considering the living standards and opportunities available to them.

Beyond solid trades like money and opportunity though, convenience for freedom is a trade almost everyone would make.  Ask anyone if they’d rather live in 2001 without modern internet or cell phones in exchange for repealing the Patriot Act.  Ask them if they’d be willing to live in 1912 in order to avoid income taxes and you’d see just how much they value their economic freedom.

The freedoms people are willing to give up in the name of convenience are endless.  Ask yourself if you’d rather live in the 19th century, with an average life expectancy of 40, or stay where you are but give up your right to free speech.

Almost everyone in that situation would happily trade that “most sacred of freedoms” in order to avoid Victorian society.  And it’s understandable, a lot of progress has been made in that time and society is orders of magnitude better as a result.

In fact, not only has progress been made, but a significant amount of it wouldn’t be possible were people to have all the freedoms they had then.

Freedom is important. Freedom of expression, movement, and economic freedom have done immeasurable good for the development of society. However, freedom is not infinitely good and, in many cases, can seriously hinder progress.

Mention business permits and you’re likely to see a libertarian have a stroke.  Never mind the fact that they foster trust, thereby creating more transactions and growing the economy.  To a libertarian, they’re just an infringement on freedom and must go.

Income taxes, another hatred of the freedom lovers, funded, amongst countless other projects, the Apollo Program which was responsible for a wave of new technologies that are directly responsible for the world we live in today.  Also, by 1980 the program was estimated to have added $7-8 to the GDP for every dollar spent getting humans to the moon.

Some people are even pushing for private ownership of tanks and fighter aircraft.  That in itself would spell the end of society.  Imagine school shootings but with tanks and F-15s. Think about how much an insurance policy would cost to cover that.  How many missiles could be fired at skyscrapers before the guy decided to kamikaze himself?

The list of freedoms that have been traded in for the promise of a better society is endless. And that trend will only continue because individual freedom presents a glass ceiling to our progress as a society.

Ultimately what it comes down to is that we can only go so far with everyone pulling in their own direction.  Unity and cohesion are what have brought us this far and, indeed are the only way we can hope to handle the super intelligent technology forecast to de developed this century.

The first thing to do is ask yourself if you feel oppressed.  If you don’t then you can stop worrying about losing freedoms.  They get legislated away from you every year for better or worse (but mostly better)and clearly don’t have an impact on how oppressed you feel.

If, on the other hand, you do feel oppressed, perhaps then ask yourself if your life is better than it would have been without the oppression.  The 850 million Chinese lifted out of poverty in the last 40 years probably wouldn’t trade their current life for the ability to criticize the government.  Likewise, you’re probably benefiting immensely from all the lives that were saved thanks to seatbelt laws.

In the end, it’s a question of personal priorities.  If you’re like most people, then freedom probably isn’t too high on that list. Which is a good thing because now, the next time you see someone pontificating about freedom on television, you can just ignore them knowing that they probably wouldn’t trade their iPhone for it.

Do you think the future has a place for freedom?